25 CLASSIC KWAITO ALBUMS EVERY HOUSEHOLD MUST HAVE

Kwaito is one of the music genres that we can proudly call our own and ever since it emerged in the late 80s, it has managed to keep growing and evolving with the times and still keep us entertained throughout all these years. Kwaito has been called the music that defined the generation that came of age after apartheid. Its pulsing dance beat evolved from styles such as mbaqanga and dancehall, as well as house and disco. It can also be viewed as a cultural product of the societal norms and historical context of the townships of South Africa which gave black people in the township a point of reference for their social situation and cultural norms to be understood, because back in the 90s it was the main form of self-expression and a way of life—it was the way many South Africans dress, speak, and dance. It was a street style as lifestyle, where the music reflects life in the townships, much the same way hip hop reflects life in the American ghetto. Many of us grew up listening to Kwaito and dancing the night away during the festive season to the likes of Brenda Fassie, TKZEE and Mdu Masilela, but throughout the years we managed to see a decline in the impact and cultural significance Kwaito once had amongst the youth, I mean even YFM, a youth radio station that has its roots deeply rooted in Kwaito decided to cancel a genre that is Proudly South African and replace it with an international genre. While some might say Kwaito is dead, I strongly believe in evolution and still say kwaito just evolved and gave a platform to a lot of South African music today, from Afro-Pop, Mzanzi’s hip hop, homemade house music plus some artists like Proffesor and Bricks are still keeping the kwaito flag flying high.

What we need to do is to treasure the kwaito albums released from back in the 90s up until now which made a significant impact and gave us timeless music so that we can be able to pass it on to the next generation cause I strongly believe this music forms part of our history and is up to us to keep its legacy alive and make sure every generation knows about this genre of music.

I decided to dig deep into the kwaito music archives give you the 25 classic kwaito albums that every household must have.

Kaffir, released in mid-1995, was a six-track EP that stamped Arthur as an artist unafraid to court controversy or state his strongly held opinions. The EP, which featured four versions of Kaffir and two of a track called Daai Ding (which railed against those who ostracize Shangaan speakers) featured the lyrics “Nee baas…don’t call me Kaffir’ underpinned by a steady kwaito beat. While being banned by a few radio stations, the song caught the imagination of the country’s youth and the EP went on to sell in excess of 150 000 copies.

Mdu Masilela- Always da case
Now this is one cold classic!!! released in 1997, this 13 tracks albums is packed with heat after heat. No one was touching Mdu’s beats during this period, I mean from Shaya Shaya, Always Da case, Kunje Nji, Mazolo, Dontsane and Kom Kyk. True definition of timeless music.

Released in 2001, the king of slick dirty songs set the country ablaze with this one, tracks to look out for Bula Boot, Hayi Ngolo Hlobo, Tyini Bethuna,  and Monate Nate.

This album probably has the first and last kwaito song that is playlisted in all parties, this is played all over the country from  Ventersdorp to Somerset west and the likes, and you want to see what happens to the dancefloor when Nkalakatha drops at Christmas parties. Released in 2001, standout songs on this one is Sikhathi Sewashi, Izinto Ozenzayo and Verstaan.

This was their third album, it became a huge hit with bit hits like Dlala Mapansula, Magesh and  Bona Senzani, actually all the songs in this are smash hits. The album went Platinum and earned them a SAMA (South African Music Awards) for Best Kwaito Album, Best Duo/Group, Best Single and Best Kwaito Single.

Cold classic right here, this group had no fear and they said whatever they wanted to say on their songs and this album proved just that, with classic songs from Egoli, Manyonyoba and Okae molao, this is definitely the one to add to your collection and you also get to enjoy the unique and funky voice of the late Dr Mageu. Respect!

One of the artist who had the opportunity to strike with Mdu Masilela when Mdu’s  iron was still hot , is probably a sin to press skip on this album, I mean from Ankeli, Khuzwayo to Thula Mabota, how could you skip?!  R.I.P Ta Willy…your music will live on forever.

Released in 1998, this 11 tracks albums made the townships dance the festive away with songs like shisa badakiwe, sweety lavo and shosholoza. Definitely a must have.

This is one album that resurrected the Kwaito industry when it came out and it had this fresh kwaito sound to it thanks to DJ Cleo for the production, this is also one of those albums that you can’t skip a song on. Classic!

Mdu is the real definition of  “nobody could touch Mdu back when Mdu had it”, his just one of those Kwaito artists with hardcore Kwaito classics under his belt, from Siya jola to Y U 4 ME, what more can you ask for?

Another album that resurected Kwaito right here, the late young man will rest in piece but is music will live on for ever  from the dusty townships of Soweto to Umlazi. Released in 1995, this album went on solidy TS Records presence in the music industry and gave hope to abo lova emakhoneni. 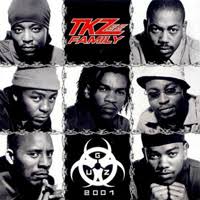 TKZEE was on fire, their iron was hot and they made sure they kept striking and they surely did just that with this album, released in 2001, this album resurrected music careers for some members and ushered in the young Loyiso Bala into the industry. One of my favourites right here.

Classic right here, this is one man who knows how to make that pure Kwaito and still have that crossover appeal and he did just that with this album. This album was released in the year 2000 and stand out tracks on this album is Ndlov’iyangena, Summer 2000 and Msindo phezulu.

Fresh off the success of Tokollo’s Magesh album, off course Kabelo knew that everyone was watching since Tokollo was more like the Beyonce of TKZee and he delivered a solid album with this one and after that the tables turned and he become the man to watch out of the TKZee group. This is also one of those Kwaito artists with classics under their belt.

I always say this album right here is Mdu’s last strong strike from his hot iron, released in 1999, this album carried heavy hitters like Chomi ya bana, 24 seven and U snooze U lose, this is also the last Mdu’s album I’ve listened to entirely and you should do yourself a favour make sure you have this.

Kabelo- Rebel with a cause

For a good 4 years this young man was the king of kwaito and he released great albums every year and this one right here is one of those albums, from For as long ngisaphefumula to ayeye, this one is definitely Kwaito at  its finest.

Then in came Zola, this man came into the kwaito industry like a flood, sorta like what 50 Cent did back in 2003 to the rap industry. This album pushed all that baseline and pantsula kwaito to the side and gave us that hardcore and lyrical kwaito, one of those classics you just put it on deck and let it play.

Kabelo- And the beat goes on

Another classic from Mr Bouga Luv, this is another one for your kwaito collection and one of my favourite from this man. Standout tracks: Indlela yami, izinto zamampela, reverse yomhlaba and zibuzwala kimi. Hardcore Kwaito classic right here.

Thebe surely redeemed himself with this one, hardcore dance kwaito songs from track 1 to 12, my kids will definitely see their father dance to Safetly belt, groover’s prayer  and Skuta during family gatherings in the near future.  You definitely have to have this one in your collection.

Fresh from one of kwaito’s top producers, this album if filled with with hot songs, from the massive hit like current to Money talks.  Am just a big fan of the King Don Father’s baseline on his beats, unfuckwittable!

Say what you say about this man but he came, he saw and he conquered, not to mention he conquered  as 2 different artists and he continues to reign supreme, now this album right here gave us a hit that made us tore our trouser’s knees back in 2002 and also shook up the then small rap industry with Amakoporosh. Genius!!!

This man’s resilience and the will to win just won’t let him deliver failure and he did it again with this album,standout songs: Love Me Or Leave Me Alone, Askies Kiya Kena, Hamba Nathi and Askies Kiya Kena.

Even thou his sophomore album was fire as well,  it was more like an album with left over songs from the Mdlwembe album but on this album right here he came through with a fresh sound but still stayed true to himself and delivered  a solid and well balanced album. We might try to Ja-Rule Zola all we can but this man did his thing and he did it in a major way.

These boys from Durban came through like a tornado, shook the whole industry and changed the speed of the tempo on the kwaito beats and the industry has never been the same since and they still continue to reign supreme every December with hit after hit. Standout songs on this album; Ubala, Siyavena and Izinja.

Massive, Massive,Massive Kwaito album, Professor is one of the best kwaito lyricists we have and he  proved that kwaito is not dead but has evolved  on this album, this album is overflowing with hit  songs only and is one of those that we’ll be dancing and singing “in my times” to in the near future and I truly believe Professor will keep on carrying the touch for Kwaito and he’ll make it hard for this microwave genertion to write  Kwaito off completely.

This entry was posted in Darkies Thing. Bookmark the permalink.

9 Responses to "25 CLASSIC KWAITO ALBUMS EVERY HOUSEHOLD MUST HAVE"